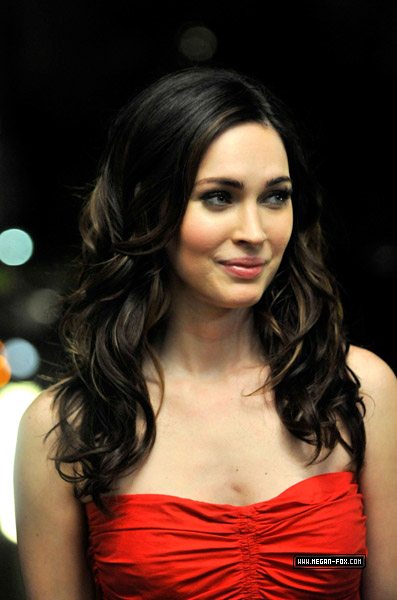 While promoting her new comedy, Friends With Kids, at last week’s Toronto Film Festival, actress Megan Fox explained to CinemaBlend why she has removed her Marilyn tattoo. (She initially told Amica magazine last month that the tattoo had ‘negative energy’ and that Monroe was ‘bipolar’ and ‘addicted’. Fans were annoyed by this seemingly rather glib remark, but to her credit, Megan has now tried to set the record straight.)

“The tattoo on your arm [of Marilyn Monroe’s face] is in the movie, and I don’t think I had seen it before on screen.
It’s in the movie? We didn’t cover it with makeup? I wonder if that was a mistake. Maybe she let me have it because of the character. I didn’t even think about that.

Has that tattoo been tricky for you?
Just the logistics of having a call time that’s three hours earlier than everyone else’s because you have to cover your tattoos. That’s enough to make you want to remove them.

So is that the reason to get rid of it?
That’s not the first reason. I went through a phase where I just wanted to get rid of anything that I felt had any negativity surrounding it at all. There’s been so much debate about did she commit suicide, was she murdered, there’s so much negativity around her. It’s not like I needed to have it on my body. It’s not that I don’t love her–I got it in the first place because everyone loves Marilyn. But she suffered a lot.

And that’s another part of growing up too.
Yeah, the things you love as a child as a teenager, and you grow out of them. You’re not as connected to them the older you get. That’s something I’m experiencing with my tattoos and other parts of my life.”