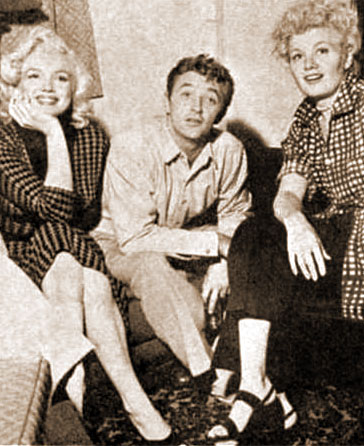 Actress Shelley Winters, pictured here with Marilyn and Robert Mitchum in Canada, 1953, wrote about her friendship with Marilyn in her two volumes of autobiography.

“She taught her roommate Marilyn Monroe how to smile with her lips fetchingly parted, and they followed the same career path for a while: bombshells with comedy chops, students of the Method. But on screen, at least, Winters took her vulnerability to a darker, braver, less attractive place.”

While some think Shelley’s account was exaggerated – for example, it has not been conclusively proved that the two ever shared an apartment – a handful of photos of the two blonde stars over the years do suggest an easy, fond friendship which was rare in Marilyn’s life. 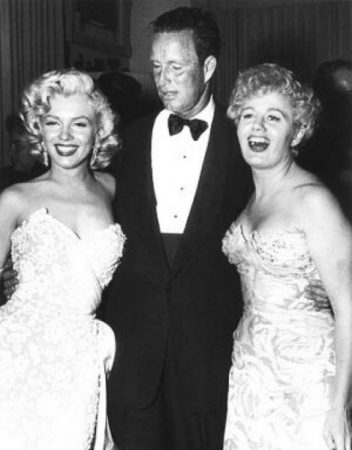 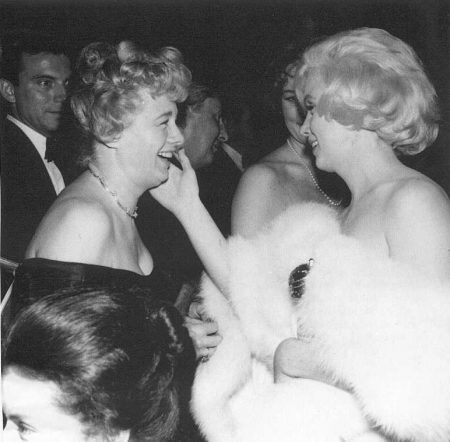