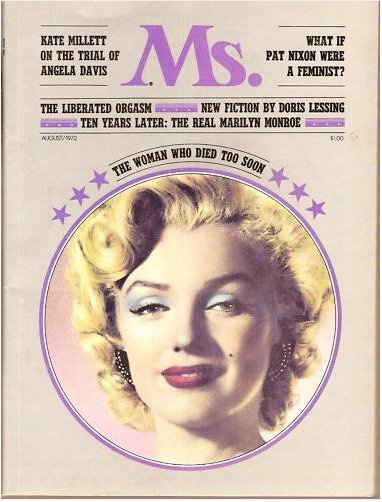 Ms. Magazine, co-founded by the American feminist author, Gloria Steinem, celebrates its 40th anniversary this year. Marilyn graced their cover in August 1972, ten years after her death. Steinem’s essay, ‘The Woman Who Died Too Soon’, would later form the basis of a full-length book, Marilyn: Norma Jeane. (Her introduction was entitled ‘The Woman Who Will Not Die’.)

In conjunction with Ms., Stanford University invite you to write a 150-word essay on how one of their covers inspired you. More details here