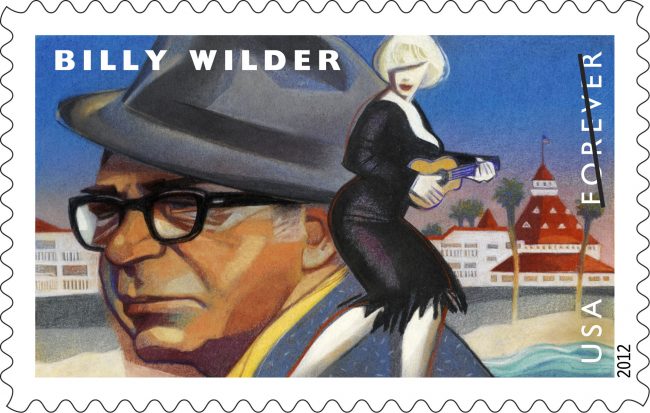 Marilyn, in character as Sugar in Some Like it Hot, features on this new USPS stamp, to be issued in 2012 as part of the ‘Great Film Directors’ series (which also includes John Huston, director of The Misfits, while ex-husband Joe DiMaggio is featured in a Major League Baseball All-Stars series.)

The stamps are being issued as Forever® stamps. Forever stamps are always equal in value to the current First-Class Mail one-ounce rate.