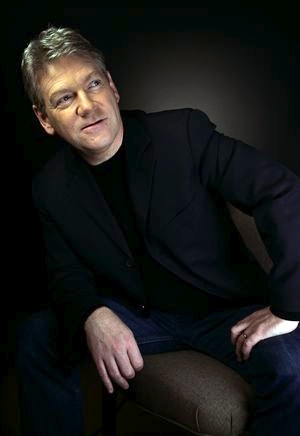 Sir Kenneth Branagh has spoken to the New York Post about playing Sir Laurence Olivier – the actor to whom Branagh has so often been compared – and co-star Michelle Williams, in My Week With Marilyn.

“I play Sir Laurence Olivier in My Week With Marilyn, which we’ve finished and is out this autumn.

Marilyn is Marilyn Monroe. Michelle Williams plays her. It’s the true behind-the-scenes story of when Olivier directed Marilyn in The Prince and the Showgirl. We filmed in London’s Pinewood Studios, where more than 50 years earlier the movie had been actually shot.

This is a trip back in time and quite touching. Especially for me since I never expected to play Olivier. They dressed me in full rig-out. On the set, Michelle even called me ‘Sir.’

A script supervisor on that original movie who’d been close to Olivier watched our filming. Understand, she’d actually viewed first-hand the world’s then arguably greatest movie star and greatest director. Michelle had now gotten Marilyn down perfectly. The blond curls, slinky walk, everything. At one point, off to a side waiting, we suddenly turned around. There, backlit, was Michelle. This script supervisor gasped, ‘My God, it’s Marilyn!’ “

According to Films For Women, though, Branagh steals the show:

“Branagh is the surprise of the film. He’s wonderful as Laurence Olivier — just brilliant. Like Williams, he doesn’t look much like his real-life character but unlike her, he’s aided by superior writing. He also perfectly mimics Olivier’s facial mannerisms and voice and hamminess to the extent that you forget you’re looking at Branagh. He steals every scene he’s in and is the reason to see this movie…

Williams is an excellent actress but she’s miscast as Marilyn. Although lovely and luminous, she doesn’t have the right bombshell charisma, the traffic-stopping star wattage that made Monroe a celluloid icon. Not only that, the writing for Marilyn is trite and weak — she never comes across as anything but a cipher.” 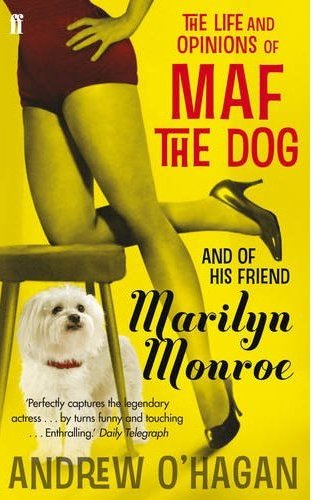 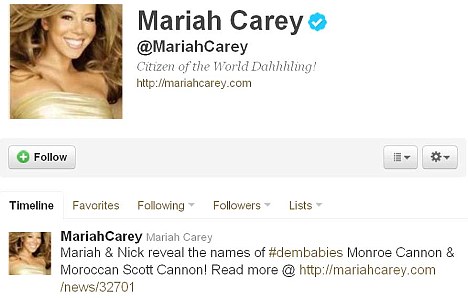 Singer Mariah Carey has named her baby daughter ‘Monroe’. According to her official website, ‘Their daughter’s name is Monroe Cannon. Mariah’s rep says she does not have a middle name because Mariah herself does not have one. Monroe was named after Marilyn Monroe, who has been an inspiration to Mariah her whole life. In fact, Mariah purchased the Hollywood icon’s white piano from Christie’s auction house and it is in Mariah’s will that the piano will one day go to the Smithsonian.’

Mariah is a longtime fan of Marilyn, and has paid homage to her in numerous videos and photo-shoots. And of course, the twins’ initials spell ‘MM’. 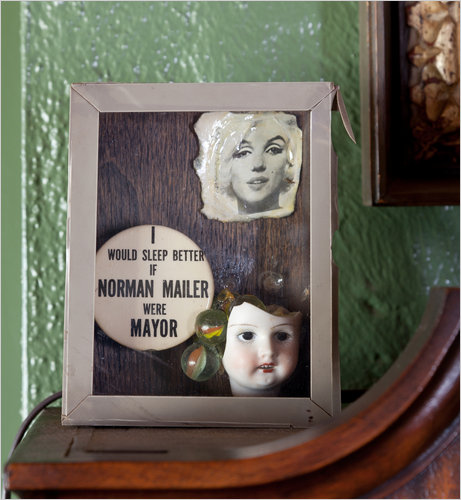 This framed collage – including a badge from Norman Mailer‘s 1969 NYC mayoral bid, and a photo by Bert Stern, used in Mailer’s controversial book, Marilyn (1973) – is one of the author’s personal items being auctioned this spring, along with Mailer’s Brooklyn Heights apartment, following his death in 2007.

More details over at the New York Times 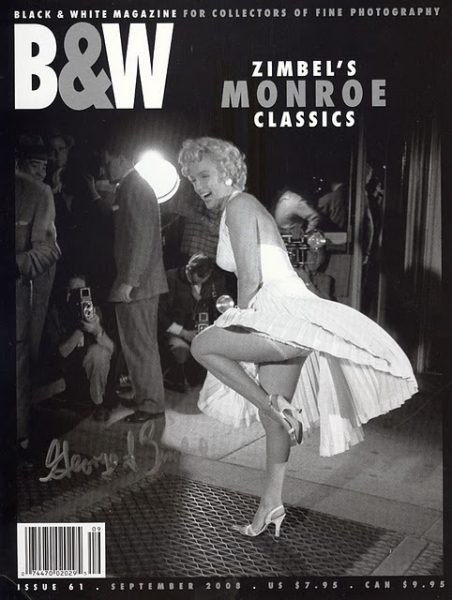 Melinda Mason’s account of meeting George Zimbel – one of the photographers who covered the famous ‘subway scene’ shoot from The Seven Year Itch – last week at the ongoing Marilyn exhibit at the McMichael, Ontario, is posted at The MMM Blog.