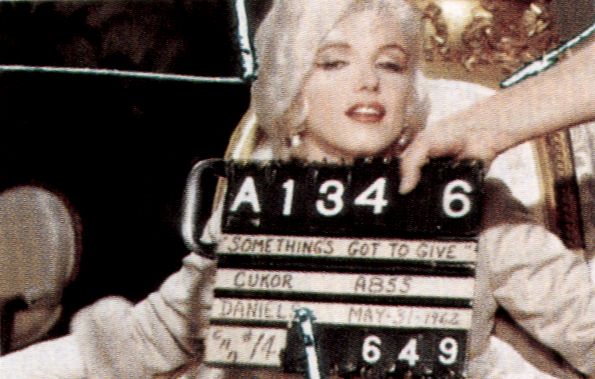 Something’s Got to Give comes 4th in Obsessed With Film‘s list, behind Hitchcock’s Kaleidsoscope, Orson Welles’ Don Quixote, and Kubrick’s Napoleon.

Interesting that it is Marilyn, not director George Cukor, who is the driving force behind our continuing interest in the unfinished comedy – the other 3 are all director-led choices.

“Possibly one of the most famous unfinished pieces of cinema in Hollywood’s history…Shooting soon fell behind schedule and the production quickly went over budget. The unreliable nature of Monroe’s health eventually forced 20th Century Fox to dismiss her from the project, in what was more likely an attempt to offset the escalating budget of the Taylor-Burton epic Cleopatra (1963), which was also in production at the time and wildly over budget…Production was due to start again in October 1962, but before it could begin, Monroe’s death that month finally halted production once and for all. What remains is approximately 40 minutes of footage that was assembled for the television documentary ‘Marilyn: The Final Days’ (2001), which reveals how wonderful the film really would have been if completed.”