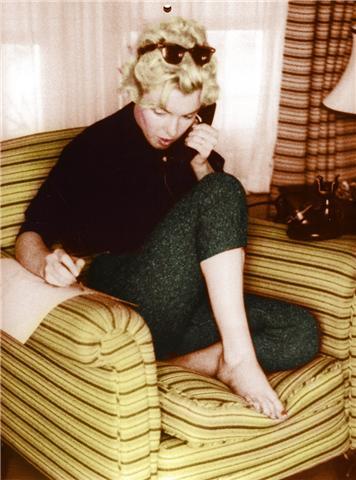 Marilyn: The Last Sessions, which aired on More4 this week, was not well-received by fans. Among the errors was the inclusion of a stag film starring Arline Hunter, wrongly identified as Marilyn. Antii Alanen, film programmer at Finland’s National Audiovisual Archive, comments: ‘There is a lot of rare authentic footage in this film [eg from Mexico in 1962], as well as fabrications and simulations.’

“The beautiful photographs can stand on their own, but the book also sheds some light on the woman behind the fame with her handwritten letters, notes and poems. This is one we keep going back to, glimpsing at a photo and reading a fragment every time.”