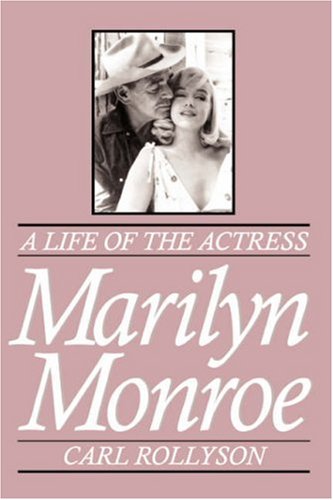 Carl Rollyson, author of one of the best studies of MM as an artist, Marilyn Monroe: A Life of the Actress (1986), has written a fascinating article, ‘Marilyn Redux’, for BiblioBuffet.

In the article, Rollyson argues that the publication of Fragments and MM: Personal have greatly enhanced our understanding of Marilyn, and he also mentions that he is writing a new book in the light of these new findings.

“What broke Monroe’s concentration, I thought, was related to her traumatic childhood and to the factory-like process of motion picture making, the rigid schedule of Hollywood productions that she detested. In this regard, my conclusions were not much different from those of other biographers. What I failed to realize is that it was not her background or her working conditions that did her in. On the contrary, as Fragments and MM-Personal show, it was her acute self-consciousness, her Virginia Woolf-like obsession with watching herself and scrutinizing her relations with others. She did not keep diaries as faithfully as Woolf did, and she did not have Woolf’s literary gifts, but Monroe had a sensibility like Woolf’s that ultimately pursued itself to the point of extinction. In short, it was not the traumatic childhood, not the movies, not the failed marriages—not her even her disappointed hopes—that led to her demise, but rather her unrelenting focus on herself. (This self-consciousness appeared very early, at least as early as her first marriage, which is to say years before she became a star, or even had an acting career.)”

Rollyson goes on to analyse the long narrative in Fragments, where Norma Jeane/MM discussed her first love:

“So imagine the life of a young woman who did anticipate trouble, who could not help but observe herself, and who chose a profession in which she was on display all the time. Her self-consciousness could be paralyzing and was relieved only by moments of acting when she could embody another being. What a relief it would be to act unconsciously and ultimately, to be unconscious, no longer obliged to carry the burden of self, a burden already shouldered by Norma Jeane when she was still three years away from her first appearance in a motion picture. To carry that same burden as Marilyn Monroe was all the more deadly.”