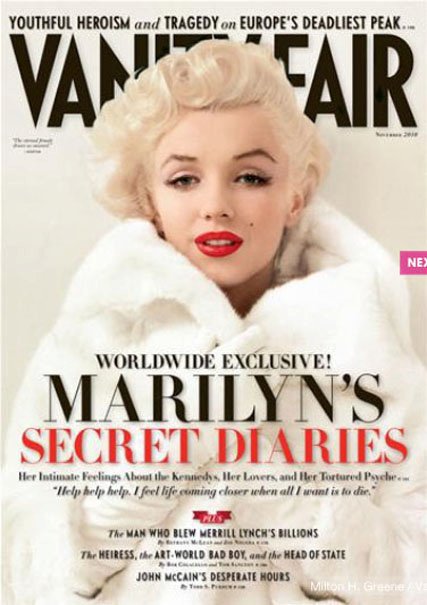 CoversSell.com, who previously named the November’s Vanity Fair, featuring MM, as their cover of the week, report that this issue sold 10% more copies than the average edition last year, though outsold by August’s Angelina Jolie cover. 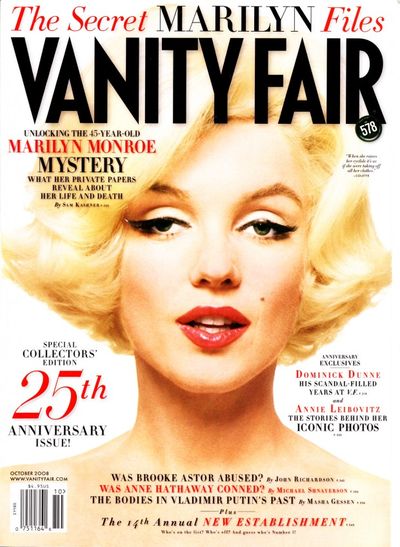 Vanity Fair also featured Marilyn on the cover of their 25th anniversary issue in 2008, the second most popular issue in that year.