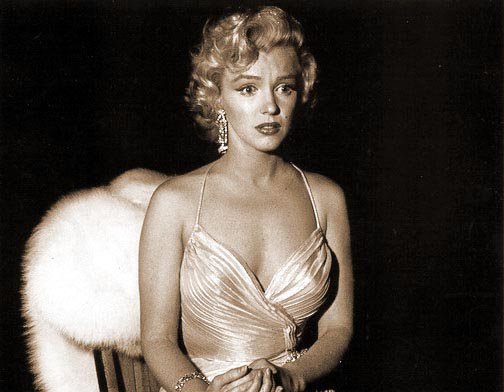 Phil Stern, who took this striking photo of Marilyn in 1953, will open a personal gallery in Los Angeles today. Stern has also photographed many other famous names, including Frank Sinatra, and his portrait of a tired couple from Oklahoma, trying to cross the border into California in 1939 in their battered Ford truck – a photo that became synonymous with the Great Depression – headed an exhibition of Life magazine’s best work.

“Stern has been sporadically selling prints of his photographs for years out of his modest Hollywood home. But only the most persistent usually succeeded, and one of those was Madonna, who showed up at his doorstep to buy a photo of Marilyn Monroe.

When told that many admirers of his work think he is a great artist on the camera, he replied,’Matisse I ain’t.'”