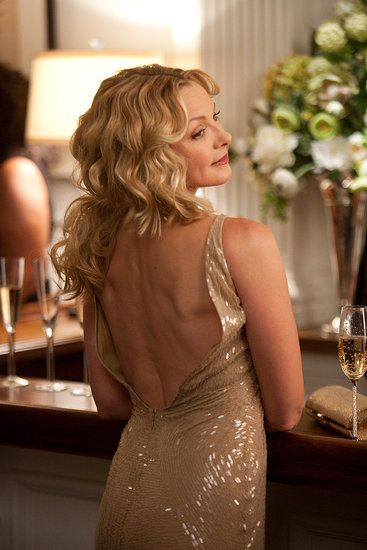 “As Kim and I were chatting, we were joined by the adorable writer Jacob Bernstein and some others. One of the guys — it’s always guys around Kim! — said: ‘All these actresses playing Marilyn Monroe now [Michelle Williams, Naomi Watts] but you are the one to do it!’ Indeed, Kim has an MM quality and an appreciation — she mentioned Monroe’s Bus Stop at one point, when talking about ‘genuine acting.’ But Miss Cattrall laughed and said, ‘Oh, no, I’m much too old. She died at 36.’ Well, although Kim’s age is no secret, we won’t tell here. However, up close and in person, she looks not a second over 35.”

Kim Cattrall will reprise her role as Amanda in the Broadway production of Noel Coward’s Private Lives later this year.