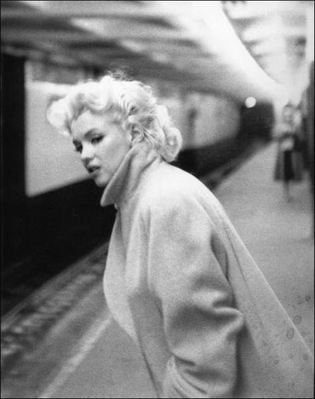 “The ghost of Marilyn Monroe dances provocatively all around my neighborhood…Monroe lived in New York off and on until just before her death in 1962. Here she was free from what she saw as the slavery of the Hollywood studio, but she was never Juliet. On the balcony or over the subway, Marilyn Monroe remains fixed in time as The Girl.”