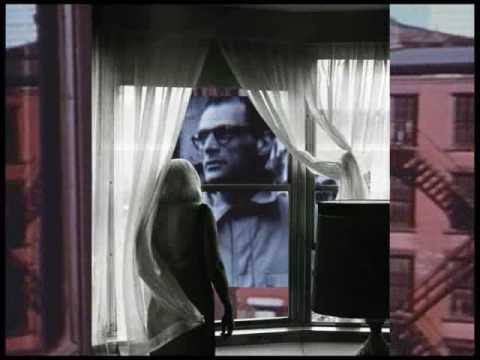 After separating from Marilyn Monroe in October 1960, Arthur Miller lived for six years at New York’s bohemian Chelsea Hotel. It was during this period that he wrote one of his most divisive plays, After The Fall (1964), seemingly based on his two marriages (the self-destructive singer, Maggie, is reminiscent of Marilyn), and was remarried for a third time to photographer Inge Morath (whom he had first met during filming of The Misfits) in 1962.

Miller noted in his memoir, ‘Timebends’, that it was a place where you could get high from the marijuana smoke in the elevators, deeming the hotel “the high spot of the surreal”. “This hotel does not belong to America,” he wrote. “There are no vacuum cleaners, no rules and shame.” Elsewhere, he paid tribute to the two prevailing atmospheres during that decade: “A scary and optimistic chaos which predicted the hip future and at the same time the feel of a massive, old-fashioned, sheltering family.”