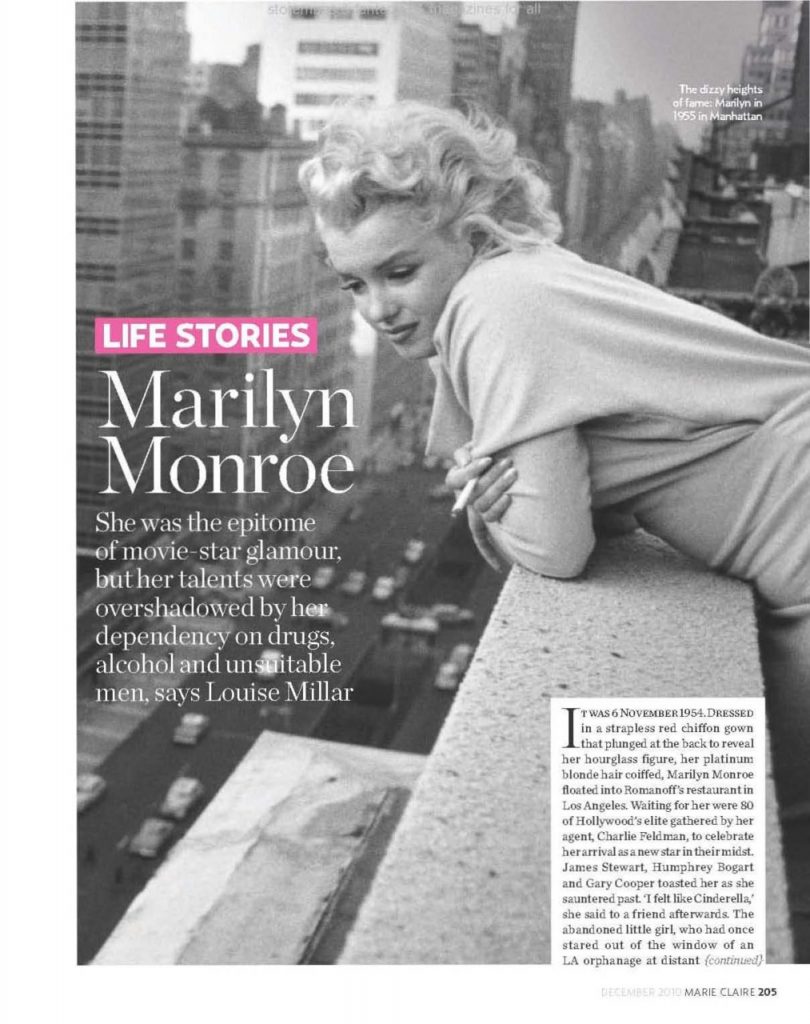 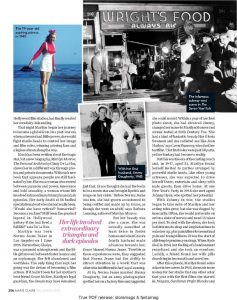 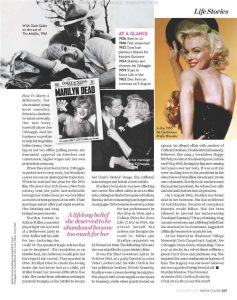 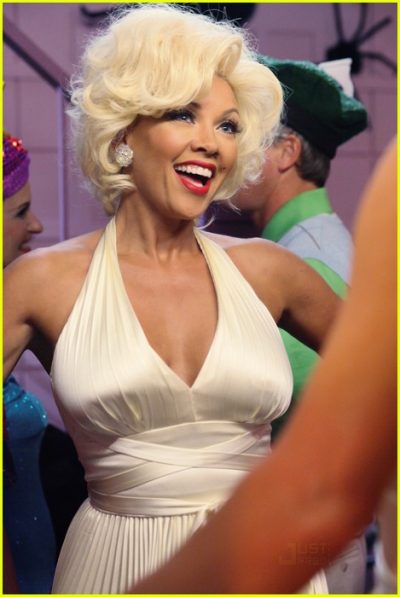 In ‘Excited and Scared’, Episode 6 in Season 7 of TV’s Desperate Housewives, Renee (Vanessa Williams) hosts a Halloween party dressed as Marilyn Monroe, and is horrified when neighbour Lee (Kevin Rahm) arrives in the same costume. 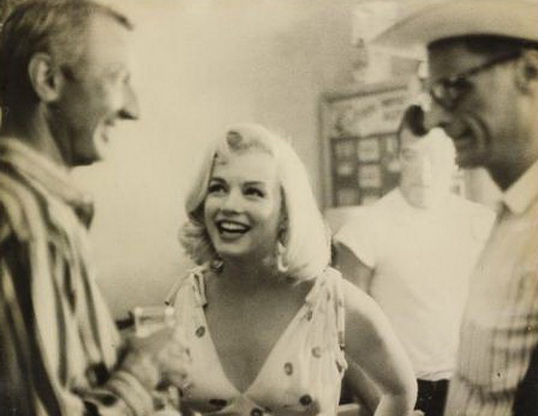 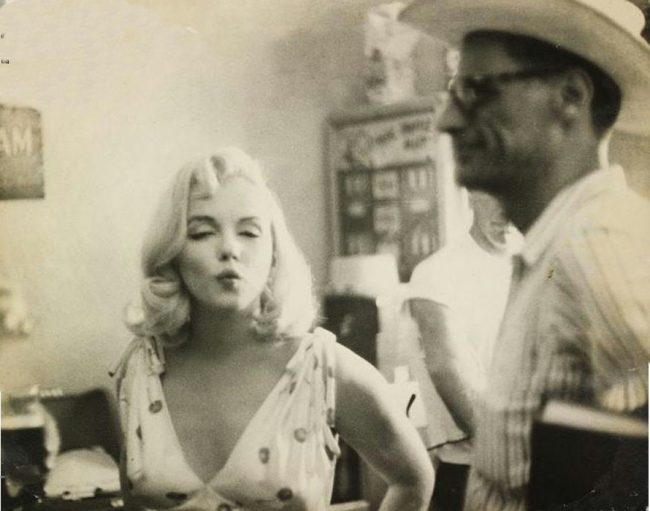 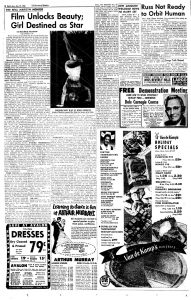 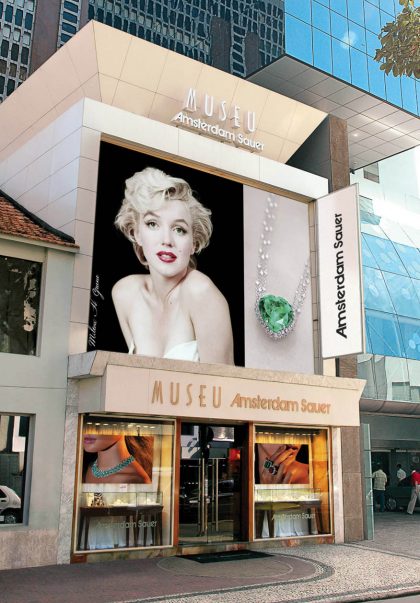 The ‘Dreams’ collection has been launched by the Brazilian jeweller, Amsterdam Sauer, and Milton Greene’s classic photographs of Marilyn (the ballerina sessions and black sitting) are being used to promote it.

Predictably, ‘Coco’ Perez Hilton is baffled: ‘What’s weird, besides the fact that she’s dead,’ the infamous gossip blogger mused, ‘Marilyn isn’t wearing any of their jewelry in the vintage shots. It just doesn’t make sense.’

For those among us who ‘get’ Monroe’s timeless beauty, there are more details over at MM Collection Blog.

This extract from Maurice Zolotow‘s Marilyn Monroe (the first full-scale biography of the star) was published in the Los Angeles Mirror on November 18, 1960, to promote the book’s release. 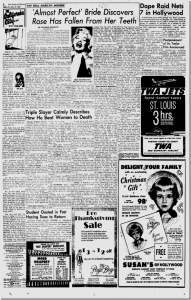 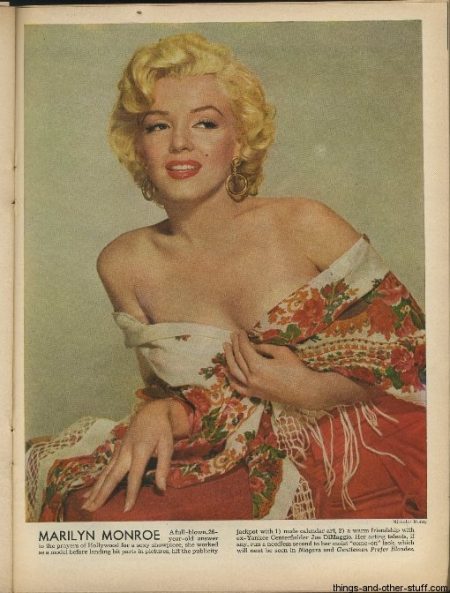 This lovely photo by Nickolas Muray, posted on the ‘Things and Other Stuff’ blog today, was found inside a vintage copy of Time, soon to be auctioned on Ebay (the cover star that week was comedienne Lucille Ball.)

“Unlike other ‘Marilyn’ exhibitions of recent years, the American Museum’s 50th anniversary extravaganza will be packed full of costumes actually worn by Monroe.  The twenty costumes on display are not replicas but the real thing – just like the lady herself.  These include:

·   The red sequined gown she wore in Gentlemen Prefer Blondes (1953)

·   The iconic cocktail dress from Some Like It Hot (1959) in which Marilyn crooned ‘I’m Through With Love’.

Personal items owned by Monroe will also be exhibited here for the first time in the UK.  Poignantly, these include the silver ring given to the star by her disturbed mother, Gladys, who spent most of her life in metal institutions – as did Marilyn’s grandparents.

All of the costumes and objects on display at the American Museum are part of the David Gainsborough Roberts Collection, an extraordinary gathering of celebrity memorabilia created during the past twenty years.” 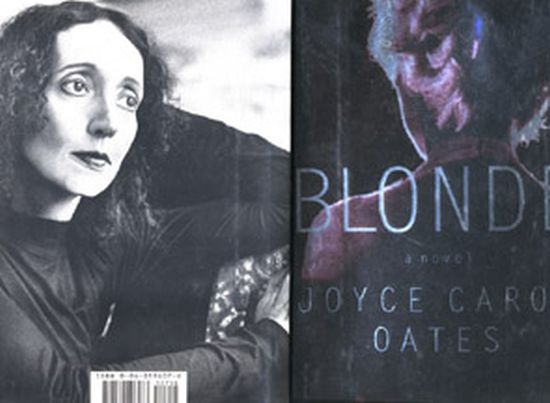 “Ms. Oates wrote a massive semi-fiction about Marilyn some years back, titled Blonde, which is now being made into a film with Naomi Watts. The author (like Norman Mailer before her) didn’t see the harm in mixing truth and illusion, the better to ‘grasp’ the illusive Monroe. Blonde was brilliant, fascinating, messy, confusing, not always truthful. Perhaps like the subject herself.

And in her Playboy piece, Oates just gets it wrong, factually, several times, though she obviously has affection for her subject. I mean, to say that Jane Russell –marvelous though she is – was an ‘A’ list star compared to Marilyn, ‘always on the B-list,’ is simply incorrect. Oates also writes that Marilyn tried to set up a production company but: ‘nothing seemed to come of it.’ Yeah, hiring Laurence Olivier to costar in the Marilyn Monroe Productions film The Prince and the Showgirl was ‘nothing.’ (Marilyn did triumph over the system, much to Hollywood’s rage; the problem was she couldn’t sustain her victory.)

Sigh! Ms. Oates is a fine, sensitive writer. The memory of Marilyn has been treated worse, that’s for sure. Still, pick up Fragments and let this mythical, lost lady speak for herself.”