“Marilyn Monroe, on the other hand, I was able to take pictures of in an intimate situation rather than a public one. This was in her hotel room in 1956*, when I was covering the film she was making at the time, Some Like It Hot.* She may have been reading a script when I took it. It was just me and her, and she was going about her business. I like the atmosphere, and the fact that it’s a famous person being photographed in an ordinary way. And I found her very sympathetic, I must say. She was nice, smart, kind of amusing, and very approachable. Not a bimbo at all.”

*Actually, Erwitt first photographed Marilyn in 1954, while she was filming The Seven Year Itch in Manhattan. They worked together again on The Misfits (1960.) 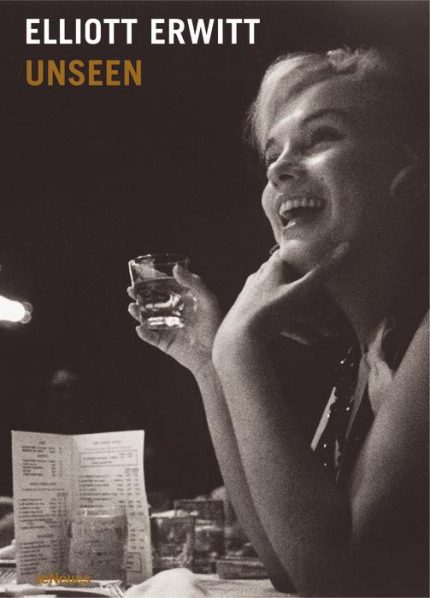 “Four of Elliott Erwitt’s most iconic images will be presented in the UK for the first time as editioned, large format platinum prints, in an exhibition of fine photographs spanning Erwitt’s distinguished career.”