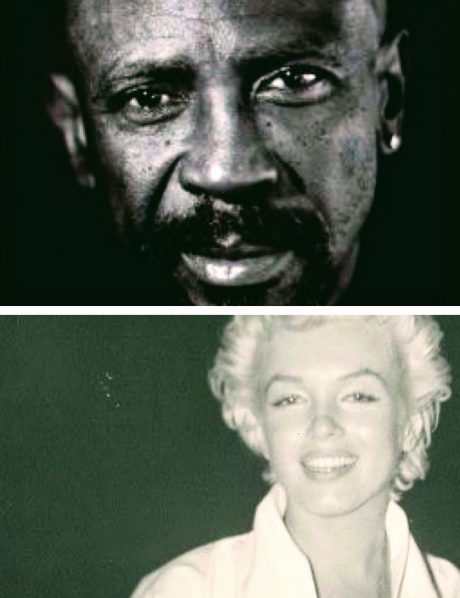 Louis Gossett Jr, who won an Emmy for his role in Roots and an Oscar for An Officer and a Gentleman, recalls working with Marilyn Monroe in his recently published memoir, An Actor and a Gentleman:

“The person I considered the most talented actor in my class was Marilyn Monroe. She would walk into class with Arthur Miller’s shirts tied at her waist, her feet in flip-flops, the sweet musky smell of Lifebuoy soap wafting after her. Her hair, pulled back with a rubber band, was always a little wet, as if she’d just stepped out of a shower. If she’d stayed with Miller, I believe she would easily have won five Academy Awards.

One afternoon I was sitting in my place on the Lower East Side when my phone rang. I picked it up, and a voice said, ‘Hi, Lou. It’s Marilyn.’ ‘Marilyn who?’ I answered, and when she said, ‘Marilyn from class,’ I had a genuine fit. She was asking me to be in her love scene from Tennessee Williams’ The Rose Tattoo at her next class. She was probably being nice to me because I wasn’t one of the stellar students in the class, like Sidney Poitier, and nobody else was asking me to do love scenes. But here she was, inviting me to play the sailor to her hot-blooded Serafina delle Rose.

I was a kid then, full of juice. I considered myself to be hot to trot, but I knew there was no way on earth I could play that scene. I was so starstruck, I wouldn’t have gotten out one word onstage. I must have stammered something, because she got off the line pretty fast, and I think it was Marty Landau who ended up playing that scene. (I happen to think Mr Landau is one of the most consummate actors I have ever seen on the stage or screen.) To this day, if I catch a whiff of Lifebuoy soap, my olfactory senses take over and I am undeniably aroused.”