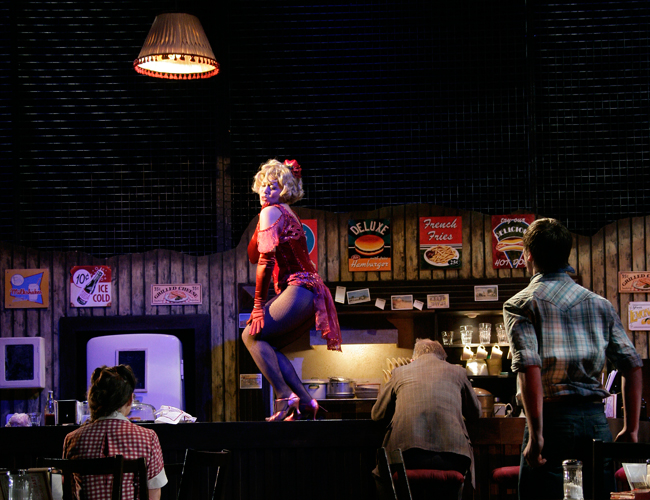 William Inge’s play, Bus Stop, was filmed with Marilyn Monroe in 1956. The original story is a little different though, set entirely in Grace’s Diner and focussing not just on Cherie and Bo, but several other travellers.

Reviewed in The Stage